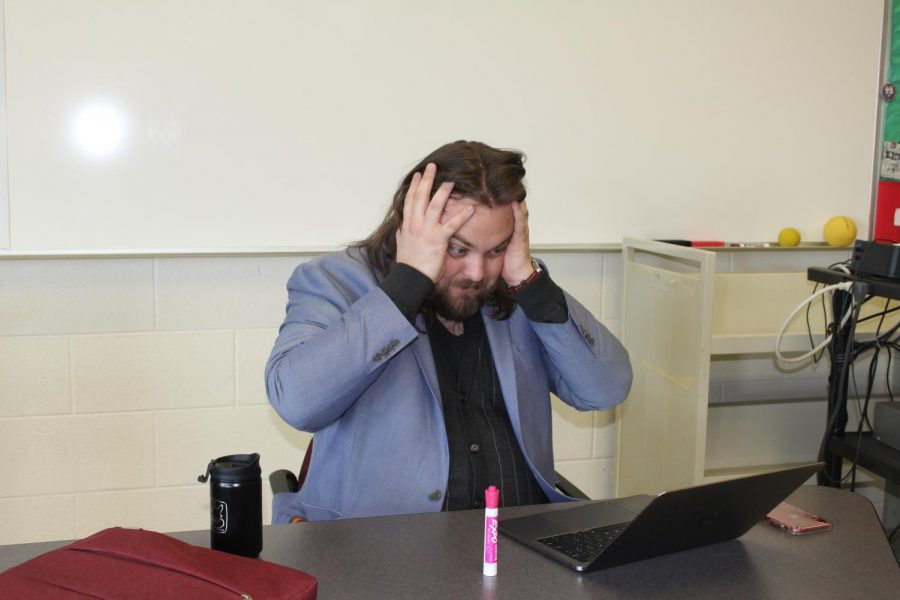 Late nights, coffee, and lots of essay writing are common characteristics of the college application season, but they are mainly attributed to seniors. Haven’t you ever wondered what teachers think of this stressful, labor-intensive time?

There are so many letters of recommendation to write and stressed students to teach. Teachers must repeat this same process year after year. Each teacher has a different method for dealing with these challenges, and their methods show how college applications affect more than just the students at Northside.

Starting off with the major player: letters of recommendation. These are often a required part of college applications, so students must ask teachers across varying departments to write them. The letters highlight the student’s academic and personal successes. In order to write the best possible letter, teachers normally ask students to fill out Google Forms or bring folders with more information about themselves. However, each teacher has a different number of letters to write per year. For example, Mr. Timothy Jung (English Department) stated that he only writes around eighteen recommendation letters per year. But, he also added that he “only taught one section of juniors each year for the last couple of years.” Teachers from a student’s junior year are usually in the highest demand for recommendation requests.

However, writing recommendation letters can be a tedious, repetitive process. There are many letters to write and not much time. Therefore, it can be easier for teachers if they structure the letter using a template.  Mr. Jung stated, “I have a rough format that I use to talk about schoolwork in one paragraph, character and collaboration in another paragraph,” he continued, “and personal character traits that I’ve observed or that I’ve talked about with the student.” He further emphasized how he uses these letters to “highlight how determined and strong a student has been and continues to be in the face of adversity.” The most important idea that is underscored in these letters is a student’s successes. While teachers can have a more generalized format for writing letters, these letters have the opportunity to be individualized snapshot of student.

Missing 11 days of school during the strike made everyone involved in the college application process significantly more stressed than usual. With unwritten recommendations, unsent transcripts, and no teachers available to edit essays, the process did not unfold as smoothly as it had in previous years.

This strike was also difficult for teachers due to the fact that they were not able to finish recommendations until after classes resumed.  Mr. Jung stated, “[The strike] affected my ability to write the letters over a longer period of time.” Although the strike’s timing was unfortunate for seniors, each teacher’s method and experience in writing recommendation letters were key to helping them double down after the strike’s end.

A lot of work goes into writing a single letter. Teachers must review all of the information given to them, reflect on their experiences and interactions with the student, and write a letter outlining  their successes and achievements. This is all done in their free time on top of grading and teaching multiple classes. Still, despite the stress and extra work, teachers agree to write letters for students. As Mr. Jung said, “I write letters of recommendation because they’re required; I find it to be kind of a strange and superstitious social practice. To me, it would make more sense to write the letter to the student instead of some anonymous bureaucratic audience.” He reasons that while teachers focus on giving constructive criticism instead of focusing on a student’s successes, allowing students access to their recommendation letters would allow them to see how teachers perceive their achievements.

Even though college applications are prepared outside of class time, their influence seeps into the classroom environment. Tired, distracted, and stressed seniors are not conducive to an effective learning environment, which is why many teachers might assign less homework around important deadlines. However, what underclassmen may not know is that the senior-level World Literature class and AP English Literature devote the beginning of the 1st quarter to assisting students with the writing supplements and the Common Application personal statement essay. These early experiences are important for students who may need a little extra push or inspiration as they move through the writing process.

College application season is certainly very stressful, but once it is over, the seniors are done for good (until grad school, at least). As for the teachers, they get to do it all over again next year with the class of 2021.