Pennywise Returns in “IT Chapter 2” 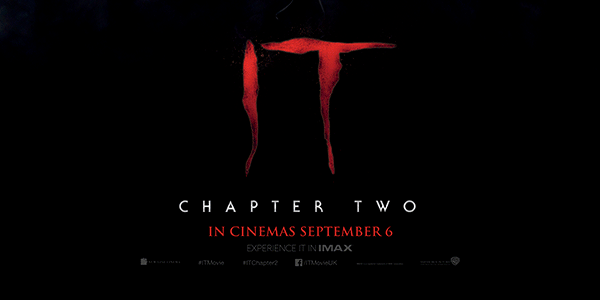 27 years after The Losers Club defeated Pennywise, these friends must come together once again to defeat the evil dancing clown in the highly anticipated sequel “IT Chapter Two.”

“IT Chapter 2” had many fans excited and running to the cinema after the success of the 2017 horror film “It”. Alas, the sequel did not live up to the high expectations for multiple reasons. The movie run time stands at a whopping two hours and forty-nine minutes. There were some parts of the movie that were so slow that I would find myself wondering when the movie would end. The pacing of the film seemed like an afterthought. Movies like “Avengers: Endgame,” where the runtime is very close to 3 hours, is a very good example of good pacing in movies. Endgame kept the audience engaged and there were no overly long boring scenes. In “IT Chapter Two,” the audience constantly bounces from past to present and there is very little room for character development. The audience was introduced to the kids in the first movie, but the characters have inevitably grown and changed over the course of 27 years. Unfortunately, the audience barely gets to see any of this development.

Something that the movie does well is presenting the individual strengths of each character. There is a scene at the beginning of the film where all the characters reunite and have dinner in a restaurant. Despite the passage of 27 years, the audience can immediately see the chemistry between the characters through their conversations and arguments. Despite being played by completely different actors, the interactions and banter between characters succeed in creating the familiar dynamic of the group that audiences loved in the first film. Despite the overall film falling short of its predecessor, Bill Skarsgård (Pennywise) succeeds in bringing the eeriness of his character to life as he hides in the shadows and changes forms between different creatures.

A gripe I have with the movie is how simplified it could have been. The whole film could easily be explained in a couple of simple sentences. Many of the scenes lasted far too long and there were a handful of scenes that could have been scrapped from the movie entirely. For instance, there is a strange scene in an antique shop that was certainly interesting but ultimately served no purpose to the plot. This movie adaptation would have been a lot more enjoyable if they had simply cut most of the filler.

The first film, “It,” is ultimately a lot stronger as it is narrated from the perspective of children. What Pennywise does is certainly horrible and gruesome, but there is an elevated sense of tension when children are on the victims. A lot of the fears in “IT Chapter 2” are just copied and pasted from their fears as a child in the first film. For example. Eddie is still scared of germs and so the leper is still terrorizing him. While some of the characters seem to have more “adult” fears that have manifested over time, other characters are still scared of the same things they were when they were 12. At the end of the day, it’s essentially the same story being told twice, with the first film coming out on top.

Overall, although this movie was okay, the cast couldn’t have been any better. Each actor does a phenomenal job filling into their role and its evident through their onscreen interactions. It’s just a shame that their performances were hindered by a repetitive, overly long plot and a reduced sense of fear and urgency.