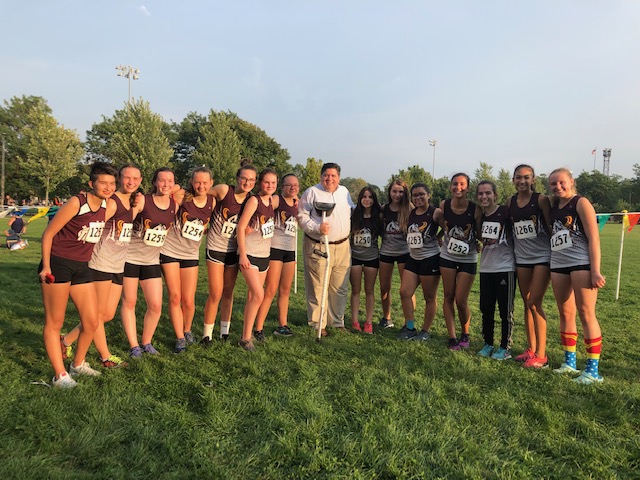 As the beginning of the school year starts setting in, so do the sports seasons. Specifically, the women’s cross country team, which placed first out of nine teams with a total of 27 points in their second meet of the season thanks to the hard work and talent of the team members.

Sophomore Elia Ton-That (Adv. 208) placed first and senior Gwen Casey (Adv. 009) came right behind her in second place. Both students had the lead from start to finish. Following them was junior Maria Avina (Adv. 106) and sophomores Nora Hill (Adv. 202) and Allison Feeney (Adv. 205) which ended up being in the Mustang’s top five. With Avina placing tenth place, Hill placing eleventh place, and Feeny placing twelfth place, they all rounded up a total of 27 points in the meet. In addition to the five scoring runners, three other Northsiders finished the race among the top 25, including junior Medina Karic (Adv. 103), senior Kate Clemenz (Adv. 005), senior Joselyn Santos (Adv. 009).

The two team captains, Kate Clemenz and Joselyn Santos, are both very excited about this year’s season. As Santos stated, “The season is actually looking really great. We got a bunch of new freshmen girls which is really exciting because our girls’ team was really small. They all look really promising, they are at a great starting point for freshmen. The varsity team has also gotten faster. We are looking to try and qualify for sectionals which is really competitive, that’s the goal for the season.”

The women’s team is taking this year seriously because they want to make it to sectionals. That might be a challenge, but they are doing a lot to reach their goal. When asked about the team’s preparation in order to qualify for sectionals, Clemenz stated: “Lots of running! We practice every day and have meets almost every week where we run two or three miles and compete against teams from Chicago and the suburbs.” With all of their hard work and time, the team feels they have a shot at making it to sectionals.

Though the team is working hard, they also like to have fun. Santos said: “The team has recently done some fun runs during the weekend. For example, we went to the lakeshore and we did an easy 30-minute run and then we had a picnic in the park after we ran. We play ultimate frisbee as a team, and sometimes we do pie runs, which is when the team runs to this pie shop and we get pie from there. And before every meet, we have a spirit day. Our last one was VSCO girl themed, which was really funny.”

Being a part of the team is a very unique and fun experience. Santos gave a bit of advice for any newcomers interested in joining the team: “Cross country is a commitment and you should be prepared to come to practice every day. The thing about running is that you can only get better if you continue doing it, you can’t just do it halfway. The sport does take a lot out of you because it is definitely a mental and physical sport but it’s definitely worth it.”