Why We Owe Black LGBTQ+ Individuals 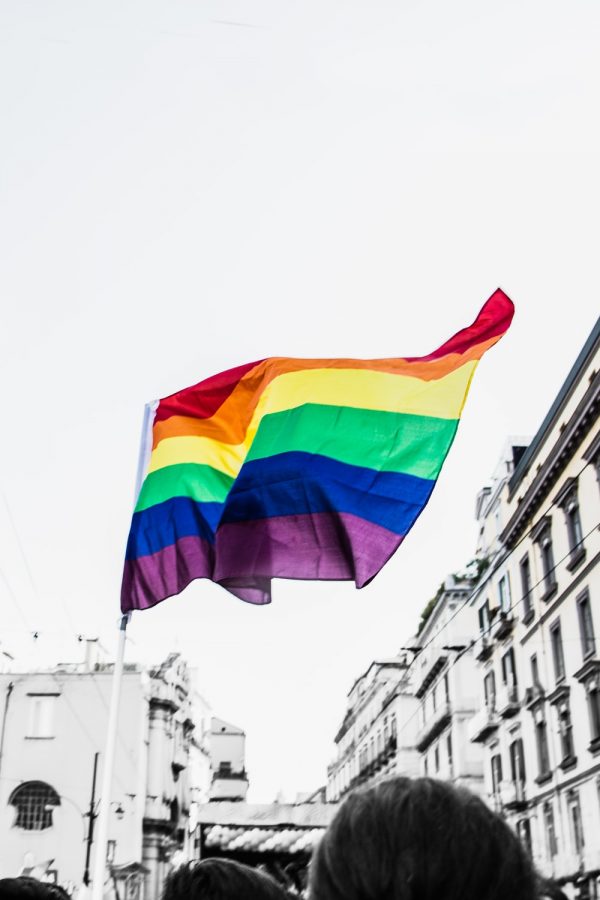 Pride month (in June) is widely celebrated by members of the LGBTQ+ community as well as allies. Pride parades are also held across the country, including Chicago, at the end of the month. What many don’t know though, is that they are able to celebrate because of the actions of Black transgender and gay women.

In New York City, June 28, 1969,  a gay bar by the name of Stonewall Inn was raided by police and culminated into what is now known as the Stonewall Uprising, the first Pride, or public demonstration promoting equal rights for the LGBTQ+ community, in American history.

Stonewall Inn was one of many bars in Greenwich Village owned by the mafia. Drag queens, gay, and trans people of color regularly visited Stonewall because it was one of the few bars they could actually be served in without facing much scrutiny. Although the mafia paid off local police, raids happened often—about once a month— due to the kinds of people that gathered there. However, on this particular day, the outcome was remarkably different.  Instead of making their regular arrests and confiscating liquor, the female officers soon began asking people for identification and took them to the restrooms to verify their sex, which led to several arrests.

As gay and trans people were being detained, a crowd formed in resistance. Both bar visitors and bystanders began yelling and throwing bottles and bricks at cop cars while police officers beat those inside the bar. The insurrection allegedly began after a black woman was hit in the head by an officer and told the crowd “Why don’t you do something?”

That woman was Stormé DeLarverie, who identified as lesbian and was a well-known jazz singer and drag king in the community. She had zero tolerance for ‘ugliness,’ her word for prejudice of any kind, and would make it a priority to defend anyone suffering from it.

The day of the Stonewall demonstrations, DeLarverie did exactly that by defending the younger individuals who were being mistreated at the bar. She is also said to have also thrown the first punch and been part of the ‘vanguard’ that was pushing back against law enforcement.

Also part of that ‘vanguard’ was Marsha P. Johnson, a Black trans woman who was well-known in the area for being a ‘drag mother’ that helped out  LGBTQ+ youth who were homeless, in-need, and alone. She firmly believed in equality for all races, sexualities, and gender identities. In order to uphold this, Johnson said “we believe in picking up a gun, and starting a revolution if necessary.” Similar to DeLarverie, she witnessed discrimination that went against her morals and fought the police who were abusing their power to harass people just like her.

The events that took place in Stonewall put gay liberation on the map and led to other demonstrations throughout the United States. As the gay liberation movement picked up speed, Black leaders like DeLarverie and Johnson who were responsible for its beginning were overshadowed by white gay activists that arose in the protests that followed.

Nevertheless, they both continued advocating for LGBTQ+ rights. DeLarverie would

go on to be a volunteer street patrol worker until age 85. She patrolled the streets of New York City, specifically around lesbian bars, to keep her “baby girls” safe. She regularly attended gay right demonstrations, also making  the Pride Parade one of her priorities.

Johnson went on to participate in numerous other gay rights protests that followed Stonewall. Furthermore, along with her best friend Sylvia Rivera, a trans-latina activist, she organized demonstrations to push for gay liberation. The two activists also formed an organization called Street Transvestite Action Revolutionaries (STAR) to advocate for trans rights and provide support for LGBTQ+ youth.

The STAR house was opened shortly afterward for homeless LGBTQ+ individuals that needed shelter or a safe place to socialize. It began as a trailer truck parked in Greenwich Village parking lot, but Rivera and Johnson later rented out a building to use instead, after “arriv[ing] one day to find the trailer was being towed, with as many as 20 youth still sleeping inside.” It was the first shelter of its kind in American history.

In their time, DeLarverie, Johnson, and other Black LGBTQ+ activists were looked down upon by members of their own community. Many believed that their eccentric image was ‘damaging’ to the cause of trying to gain acceptance from society, and their efforts remained largely unrecognized. Others ignored them simply because they were Black, as the struggle for Black rights was occurring during the same time. However, today we can owe gay liberation, pride, and so much more to the efforts of Black people during Stonewall and beyond.