Northside Brings Fun to the Rooftop 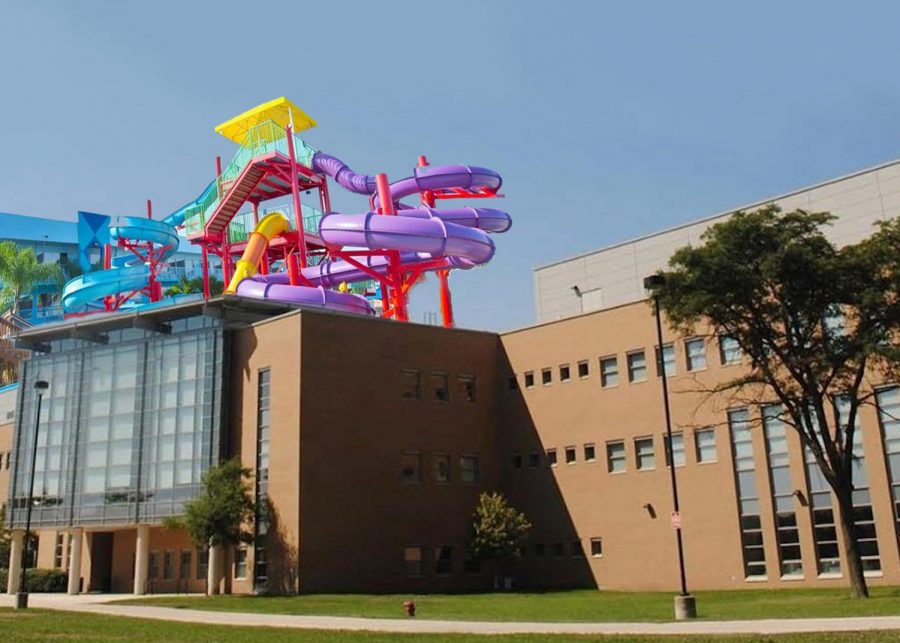 Amidst speculation of a rooftop pool, the Northside administration will be building a waterpark on the roof of the school’s building for student enjoyment.

In an email sent to the student body, Northside’s administrative team announced that they will start constructing a rooftop water park on April 1, 2021. The construction will likely end in March of next year and hopefully be ready for student use the following month.

This decision was made due to the feedback collected from the Remote Learning Feedback form sent during last week’s colloquium. Students reported being overwhelmed by schoolwork, loneliness, and stress. The counseling department hopes that this announcement will increase student spirit and provide a beacon of hope to those who need it.

Seniors have voiced concerns over this project. They worried that by the time this project is open to students, they will have graduated. To students who share this fear: worry not. The Hoofbeat has confirmed with the administration that they will open the park to the public during the weekend to raise money for various projects. These projects include but are not limited to an annual field trip, virtual reality equipment for remote learners, and new Principal Obama’s new physical activity initiatives.

A few questions arise from this new and exciting announcement:

How big will this water park be?
Will there be a designated beach area?
What slides will be included?

While the administration says that they hope to install a toilet bowl-style slide like the Big Thunder at Rapids Waterpark in West Palm Beach, Florida, many of these questions are still up in the air.

The HoofBeat will add to this article as new updates are provided.