Cobra Kai: Picking up Where Karate Kid Left Off 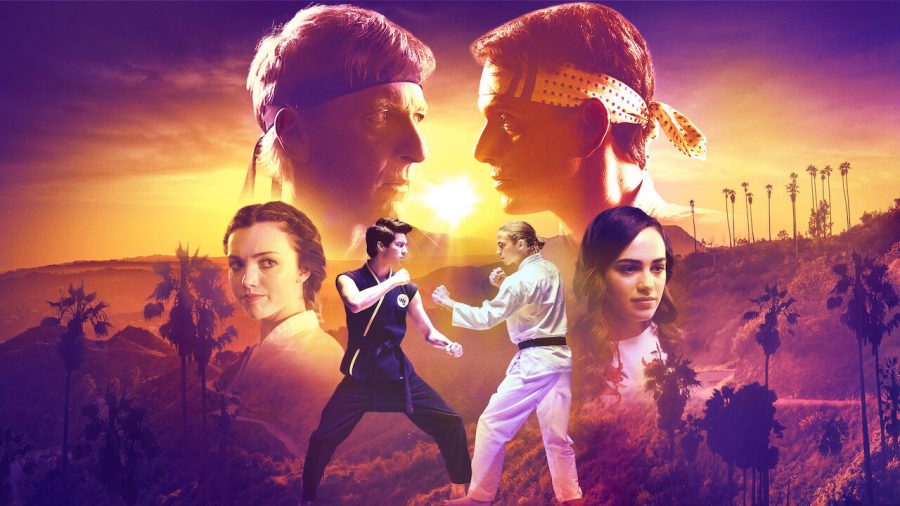 Everybody has seen or at least heard of the original Karate Kid movies. For mega fans, or just people familiar with these movies as a kid, Cobra Kai is a enjoyable return of familiar themes. Originally a YouTube TV series, Cobra Kai is now on Netflix, with the third season just released at the start of 2021.  Cobra Kai has garnered a large audience. Netflix reported 41 million households have streamed the new season.

Note: this article will contain spoilers for Karate Kid and Cobra Kai.

For those who haven’t seen the show or the original movies, Cobra Kai and Karate Kid are dramas about martial arts. Karate Kid will provide context for Cobra Kai, so it is highly recommended to watch the movie first. This article will contain spoilers for Karate Kid and Cobra Kai. It also may not be suitable for younger audiences due to some profanity.

For those not familiar with the plot of Karate Kid, click here for a brief summary.

Cobra Kai also strays from the original’s plot by making Lawrence’s actions justified after the events of the original Karate Kid movie. The show opens by showing Lawrence’s frustrations with how LaRusso won in the movie, with a kick to the face that it should have been illegal. It also shows how the aftermath of losing the tournament led Lawrence to have the life that he lives now, since after his sensei Kreese choked him, scarring him for quite a while.

The characters also have their own darkness to deal with. Kreese is painted as one of the many demons that made Lawrence become so bitter. Because of his stepfather being so mean to him during his teenage years, Lawrence joins Cobra Kai. Unfortunately for Lawrence, though, is the fact that his sensei is an extremely violent man who is obsessed with winning. In turn, Lawrence came to believe that winning is everything, even if you have to play dirty to do so. It goes to show why Lawrence was so nasty to LaRusso in the original movie.

The plot of Cobra Kai has various parallels to themes in the original movie Karate Kid. Both Miguel and LaRusso were victims of bullying that found salvation in karate. Acting as the parallel to Miyagi, Lawrence comes to Miguel’s rescue, though, not for the right reasons admittedly, driving Miguel to want to learn karate. This parallel is reinforced by Miguel’s continuous growth in karate and eventual win in the All Valley Tournament.

Conclusively, we can say that this show has great potential for an enticing season two, three and beyond.