Among Us: Quarantine’s Favorite Pastime 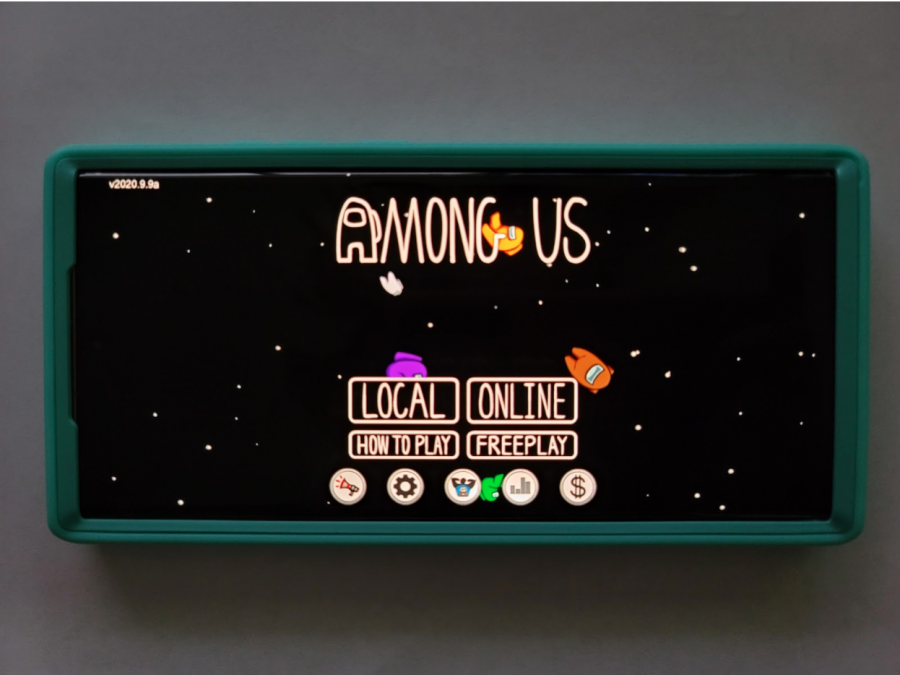 What sounds very much like the plot of the next sci-fi action blockbuster is actually the premise of one of the most popular video games to come out of quarantine: Among Us.

Among Us is a game of deception, where up to ten players each take the role of an astronaut on a ship in constant need of repairs. But among the crew members lurk imposters who are actually aliens in disguise. As the crew scrambles to complete their tasks, the imposters among them will try to sabotage their survival.

Among Us has been around since 2018 when it was first introduced by indie game company, InnerSloth. However, it has recently gained popularity, attracting up to 85 million players in the past six months. What could possibly be the reason behind this sudden spike in interest?

“During the pandemic, everyone is stuck at home,” said Senior Ramiz Khan (Adv. 100) “Games like Among Us offer the perfect opportunity… to remain home while still talking to friends.”

In the earlier weeks of quarantine, lighter, friendlier games such as Fall Guys and Animal Crossing gained popularity. But after months of continued isolation, more people started searching for something suspicious, fast-paced, and suspenseful.

Despite being a mere party game, Among Us allows people to connect virtually in a unique way.

“Playing Among Us has given me and my friends a reason to hang out,” said Junior Alejandra Garcia (Adv. 207). “It allows us to feel like we’re connected… as if everything is normal.”

“Among Us is all about teamwork and communication,” said Khan. “In my opinion, it has definitely made it easier for people to get together after a long school day and relax.”

Some of the most memorable parts of Among Us come from the interactions between players. Every time a body is discovered, the crew members hold a meeting to discuss alibis, clues, or suspicions as to who the imposter or imposters could be. There are many possible tactics to use such as blame-shifting, fabrication of evidence, and reporting of others to their fellow crewmates.

Among Us is essentially the art of lying to both friends and strangers. Strangely enough, the nature of this game closely resembles the state of our society with the increased paranoia and apprehension caused by the pandemic.

“I think Among Us has been appealing,” said Senior Katherine Szydlo (Adv. 100). “It provides an enticing mystery that allows players to channel their paranoia and other emotions… onto a platform.”

“I think it ironically relates to COVID,” said Sophomore Fajko Karic (Adv. 303). “Anyone could be the imposter.”

“People jump to conclusions based on little to no evidence and intuition alone,” said Garcia. “They get stressed trying to solve a problem… so they begin creating ideas in their head that fit the narrative.”

We are all finding ourselves trying to solve problems while feeling trapped in isolation. The Coronavirus has become a new imposter that has sparked paranoia and apprehension among us. But just like the crew members, we are also searching for ways to work together and rebuild that trust.

“Among Us can teach people how to work together,” said Garcia. “It also teaches… that not-great people exist in the world. You have to find ways to work with them for life to keep going.”

“It’s a very exhilarating experience for us,” said Karic. “It teaches us a lesson to be cautious of people, including those closest to us.”

For many, Among Us serves as a distraction from the real world into a virtual one. It provides the action and mystery that has been missing for quite some time. Was it Red that sabotaged the communications system? Or was it Green that cut the oxygen supply? Among Us serves as the ultimate friendship test made perfectly for 2020.