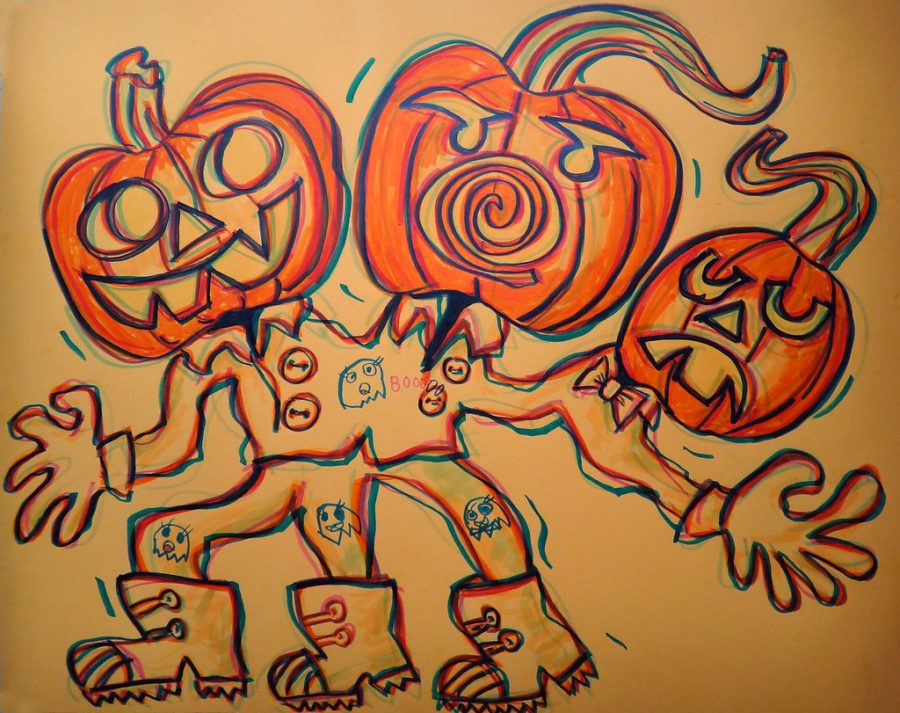 The following is a short story written in the special Halloween edition of the HoofBeat.

Mexico is full of supernatural entities that roam the streets. The only way to get to the village of Real de Catorce is through a mountain in San Luis Potosi, where the spirits lay. A four hour walk through the tunnel of the mountain is filled with haunted experiences. Legend says countless miners that lived in the village died while mining for silver. In the late 1900s it used to be deserted, but now people crowd the streets. At night, the spirits are even more active.

One fateful day in 2002, I fought a battle between life and death. “Click clack click clack”. A western carriage with an old man rolled down around the corner near the side of our house. Kids were seen behind the man. My mother, filled with delight, called my cousins wondering if they wanted to ride the carriage. She picked me up from my baby carrier, and in the blink of an eye, he disappeared. Confused, she asked my cousins where the old man in the carriage went. To her surprise, no one saw the carriage nor heard no horse walking down the rocky road.

After what she experienced, she took me inside and found that I had an instant scorching fever that seemed to last forever. Everything seemed fine… until the sun set. During the witching hour, random noises surrounded our home. Countless numbers of knocks, rattles, and shackling. No one knew why but they knew there was nothing natural about it.

The morning after, neighbors confessed seeing a flame hover over our Mexican home. From that given information, my mother knew it was a witch. Myths say that witches distract adults to snatch their unprotected child as soon as they leave them alone. For more protection, it has been said to cover all the corners of a room with salt and a pair of opened scissors beneath the pillow of the child. Witches share the same form but not many are able to see them as hovering lights.

Right at dawn, my mother and uncle began to rush out of the village into the city to get me to a hospital. Driving quickly, they neared the entrance of the village when suddenly three lights appeared out of nowhere. The orbs started racing our car until we passed the barrier. It wasn’t rocket science to understand that whatever it was wanted to catch me, or wanted me gone. As soon as we passed the entrance grounds to the village, my fever suddenly went away and the lights vanished.

Back in Chicago, I had another boiling hot fever the same temperature as the time I was a baby many years later. In my dream, a man with a grey cowboy hat standing tall and sharp, carrying a sack full of children held out his large dry hand. As I reached out, he gripped my arm and I woke with my eyes wide open. I jolted up in a puddle of sweat, without a clue of who it was. Someone familiar yet not knowing who. I started crying because something didn’t feel right. A pit in my stomach made me feel unsafe like… like I wasn’t supposed to be alive.

I had no idea my dream would become a reality. I saw him again. Hours later, he stood right in front of me. He wore the same clothes he was wearing in my dream. Chills from head to toe left me shook and scared. My mother called me but I was too afraid to move. When I described to her who… or what I saw, her eyes opened wider and she explained what happened to me as a child. The man I saw was the old man my mom saw riding the carriage with children.

Not knowing who, what, or how I was attracted by two entities, this mystery will remain… unsolved.