2020 Elections: What You Should Know 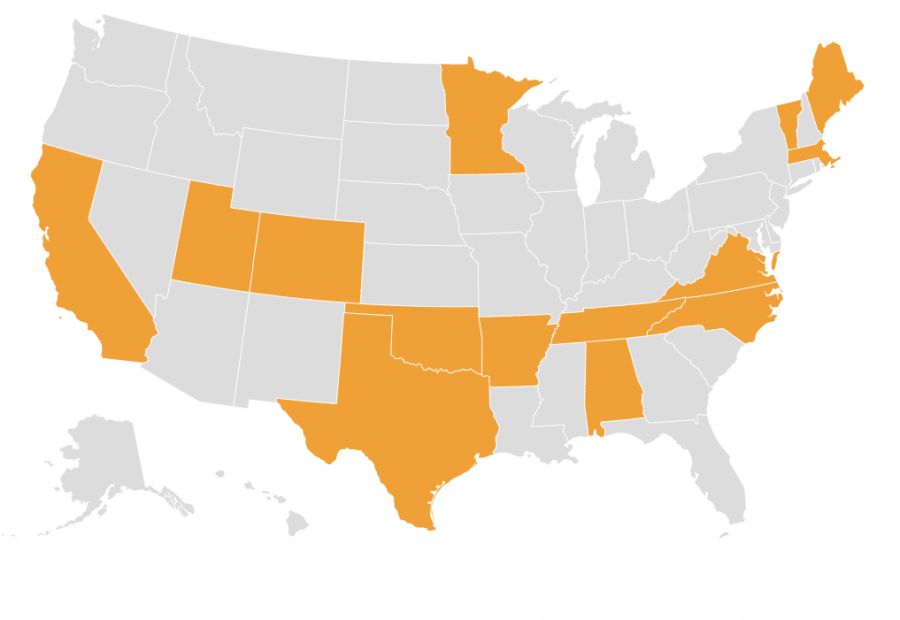 Map of the states voting on Super Tuesday (March 3). Photo from Ballotpedia.

It’s that time again. People are heading to their local polling places, checking to see if their candidate is doing well in important states, and staying in to watch the candidate debates. The state of Illinois holds its primary on March 17, 2020. But several states have already kicked off election season: Iowa, New Hampshire, Nevada, and South Carolina. In this article, we’ll look more into the election season, how caucuses and primaries work, and how you can register to vote.

What is a caucus? According to the Bill of Rights Institute, a caucus is “a meeting of supporters of a specific political party who gather to elect delegates to choose whom they believe should be the candidate in a given election.” It’s important to note that there are two kinds of caucuses: one for Democratic nominees and one for Republican nominees. Although there are some similarities, the two parties structure their caucuses very differently.

Before we get into how the caucuses work, it’s important to note what delegates are. Delegates, according to the Council on Foreign Relations, are “often party activists, local political leaders, or early supporters of a given candidate. Presidential campaigns court local and state politicians for their slate of delegates because they typically bring the support of their political constituencies.” Delegates are awarded to candidates based on their performances in caucuses and primaries. These delegates are important in selecting the presidential nominee for a party.

With the Democratic caucus:

Take the NCP gym for example

Voters are then able to go to the section in the room of the candidate that they support
Then, voters in each section are counted up and there’s a number of delegates assigned to that candidate in that precinct

There’s a threshold in which candidates need a certain percentage to be awarded delegates, usually, it’s about 15 percent of the voters in that location

If a candidate doesn’t meet that threshold, they go into the realignment phase

Voters with candidates who didn’t receive any delegates from the first round are able to encourage other nonviable candidates to join theirs. Those voters are also able to move to another candidate or go home if they don’t like the former 2 options.

Once all the votes are fully counted, delegates are assigned and the results are sent out

To learn more about how the Iowa caucuses worked this year, you can watch this video.

The Republican caucuses are a bit different. Instead of people going into separate corners to support different candidates, ballots are handed out and counted in secret. NPR says, “Someone from the campaigns might speak for a particular candidate, but then voting happens by an informal secret ballot. Think: folded-up pieces of paper passed in and collected.”

Delegates for both caucuses are then assigned based on their performance in the precincts. Iowa often sets the tone for the rest of the primary season, as the candidates who win Iowa tend to gain momentum.

Between January 10 and January 13, students from Chicago, Detroit, D.C., and other cities across the U.S. gathered in Des Moines, Iowa for Mikva Challenge’s “Mikva in Iowa” trip. Here, students campaigned for candidates, met people from other cities, and attended a summit with all the other students on the trip. In that summit, students were able to simulate both Democratic and Republican caucuses, but instead having candidates in the corners, they had issues such as climate change and health care reform for students to choose from. One student from the “Mikva in Iowa” trip, Audrey Erickson (Whitney Young), summed up the Iowa caucuses pretty well: “So you know the 4 corners game from middle school? Well, caucusing is kind of like that but super politically charged.”

The first caucuses of the election season began in Iowa on Feb. 3, 2020, with both the Republican and Democratic happening on the same day. In addition to Iowa’s caucuses, 10 others are held during election season.

Primaries began on Feb. 11 in New Hampshire. Primaries, according to the Bill of Rights Institute, are “a method of selecting a candidate similar to that of a general election. It is an organized statewide event put on by the state government where voters cast a secret ballot for the candidate of their choosing. Whomever receives a majority of the votes is the winner.”  To find a list of all the caucus and primary dates for the election season, head over to this link.

Super Tuesday, which was held on March 3, 2020, is the day in which the largest number of states and territories hold their primaries/caucuses, with “Fifteen jurisdictions and the Democrats Abroad are expected to hold a primary event on Super Tuesday,” according to Ballotpedia. 1,357 delegates are up for grabs on Super Tuesday.

In addition to a large number of places holding their elections, two large states hold their primaries on that date as well. According to Ballotpedia, “With both California and Texas—the two most populous states in the United States—holding their primaries on Super Tuesday, more than one-third of the U.S. population is expected to vote on March 3.”

The Illinois primary, as mentioned before, is held on March 17, 2020. If you are the age of 17 by the primary and 18 by the general election (Nov. 3, 2020), you are eligible to vote in the state of Illinois. You can register to vote at your voting location on the day of the election. To learn more about voting in Illinois, go to the Cook County Clerk’s website, or read Kiera’s article on how to vote. If you live outside Illinois, you can go to this website to check to see if you’re eligible to vote and how you can register to vote in your state.

Sources used in this article: